Medjugorje to be named official shrine? 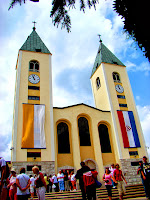 Medjugorje watchers have long waited on guidance from the Vatican regarding alleged mystical phenomena originating from that small town in Bosnia-Herzegovina. Though six visionaries have claimed thousands of miraculous apparitions there for over 30 years, only now does the deliberately slow process of papal investigation appear to be reaching a conclusion.

Recently, according to MedjugorjeToday.tv, the Vatican's Commission on Medjugorje requested that the pastor of St. James Church come to Rome. That church is the focal point of the administration of Sacraments in Medjugorje, most notably Mass and Confession for the millions of pilgrims who arrive from around the world. 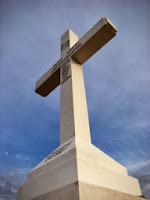 In that report, Medjugorje expert Jakob Marschner quotes a reliable source: "...Fr. Marinko Sakota has been invited to Rome by the Vatican Commission on Medjugorje, along with 35 parishioners who will be in Rome on October 10-15. All of the 35 also lived in Medjugorje in June 1981 when the Virgin Mary’s apparitions began. Medjugorje Today further learns that the invitation was addressed to 'the pastor of the Marian Shrine of Medjugorje'”.

If shrine status is approved, the Vatican will have taken a major step forward in supporting possibly the most contentious set of apparitions in Church history. In fact, Bishop Ratko Peric has charged that the divisions in his diocese became something like a "schism." Peric has accepted the Holy Father's right to render a final decision on the alleged apparitions, but he has been outspoken in his criticisms, as was his predecessor. In these matters, Canon Law places decisive weight in the opinion of the local bishop; that is, until papal authority is asserted, as has occurred in recent years regarding the Medjugorje investigation. 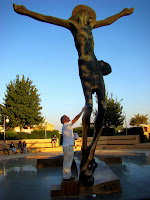 Unfortunately, the long history of Medjugorje's divisions is tangled with accusations of pride, disobedience and even communist influence. Devout Catholics around the globe have engaged in heated arguments on the subject, often exaggerating the Church's pronouncements either for or against. However, these problems have never slowed the continuous stream of reported miracles, healings and conversions that this peaceful town has offered well over 30 million pilgrims.


Still, even a papal pronouncement of shrine status for Medjugorje will not provide certainty for the critics. Private revelations -- like these -- even when recognized by the authority of the Church, are not matters of dogma. As the Catechism of the Catholic Church (67) states: "Throughout the ages, there have been so-called 'private' revelations, some of which have been recognized by the authority of the Church. They do not belong, however, to the deposit of faith. It is not their role to improve or complete Christ's definitive Revelation, but to help live more fully by it in a certain period of history."

However, if the Commission's investigation supports the conclusion, I believe a declaration of shrine status for Medjugorje would be a wonderfully faith-affirming pronouncement for Catholics around the world. Who can deny that in this 'period of history' we should heed the messages of The Queen of Peace? With a papal affirmation, many of the faithful might finally follow her decades-long urging for peace, faith, conversion, prayer and fasting. Then, perhaps, the rest of the world will become more like the oasis of peace that exists in Medjugorje today.

10/12/3 UPDATE: Today, has been declared a day to consecrate the world to the Blessed Mother of Jesus Christ. Converging on the Vatican are not only an expected 150,000 prayerful pilgrims but also representatives of at least 10 Marian Shrines from around the globe. Pray for peace and the blessing of a successful consecration for our troubled world.